Illicit Financial Flows and Taxation: The Way Forward for Africa

The Fourth Pan African Conference on Illicit Financial Flows (IFFs) and Taxation was held in Abuja on 11th and 12th October 2016. It was co-choreographed by the United Nations Economic Commission for Africa and Tax Justice Network Africa with the theme Curbing IFFs to promote Africa’s structural transformation. In line with the works of Connected Development (CODE) on proselytizing transparency, accountability, citizen participation in governance and open data, we were invited with other Civil Society Actors. Over 80 participants participated in the 2-day conference from several national, regional & international governmental & non-governmental organizations, as well as the academia & private sector.

Through several discussions, the conference accentuated that tax and savings have remained two vital channels for domestic revenue mobilization for economic growth and development. With the progress of African countries in this regard, greater gains would be achieved through the implementation of coherent tax reforms, contracting tax evasion, improving tax administration; and curbing leakages emanating from IFFs.

In addition, the conference provided a platform for the articulation of issues surrounding Africa’s tax regimes and IFFs, within the context of Africa’s structural transformation. The conference’s debates will be helpful in strategizing and occasioning a pathway for the implementation of the recommendations of the High Level Panel on Illicit Financial Flows from Africa.

On the tax incentives’ debate of the conference, on behalf of CODE, I commented that tax incentives are imperative for the competitiveness of the continent in attracting foreign direct investment. Thus, the essential of having coherent and inclusive tax incentives frameworks with the necessary institutional support. However, tax incentives do not just push investors to the continent. Putting several other phenomena in place such as stable electricity, expanded infrastructure, building skilled labour force and safeguarding political stability would situate the continent in better negotiation position when providing such incentives for investors.

During the conference, the Studies on the Taxation Cluster of the Africa Mining Vision was launched. There were also several papers on Africa’s narratives of taxation and IFFs by the representatives of several domestic, regional and international organizations.

Connected Development hopes that the resolutions of this conference will make its impacts through strengthening tax regimes, curbing tax evasion and curbing IFFs on the continent through effective implementation, for Africa’s structural transformation, by Africa’s concerned actors and institutions. Ultimately, we also emphasize transparency and accountability in the continent’s tax regimes and administration through having taxation related data available to Africans by concerned national government institutions. 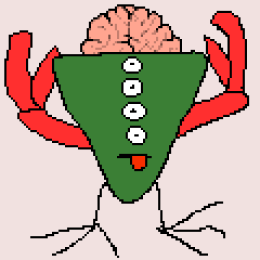 “Voting is not only our right—it is our power” – Loung Ung A democratic government is birthed by a fair electoral...

The world is debating local solutions to global problems using the Sustainable Development Goals (SDGs) and Agenda2063 as a...