Connected Development [CODE] has won the ONE Africa 2016 Award recognizing, rewarding, and advancing the exceptional work of organisations, founded by Africans and based in Africa, dedicated to helping Africa achieve the Sustainable Development Goals

It’s initiative, Follow The Money, the largest volunteer grassroots movement on transparency and accountability in Africa, emerged winner among three finalists, presented by Bono, the lead singer of the UK group U2, and co-founder of ONE Campaign, during the Mo Ibrahim Foundation Governance forum, that was held on Saturday, April 8, 2017 in Marrakech, Morocco.

The Chief Executive of Connected Development, Hamzat Lawal on behalf of the organization, received the award. The Award highlights the dynamism and achievements of African groups and organisations that are building a better future for their communities, countries and continent. “We are super excited to be the recipient of this award and also thankful to ONE Campaign for this great opportunity. This Award restates the continental belief in our rural development works. This we warmly appreciate. And ultimately, this is timely and will be exceedingly utilitarian in broadening our continental impacts through facilitating development in marginalized communities, as well as empowering them to stand up and hold their leaders accountable.” said Lawal who also doubles as the Co-Founder of Follow The Money.

For any press enquiries

Connected Development [CODE] is a non-government organization [NGO] whose mission is to improve access to information and empower local communities in Africa. Our initiative, Follow The Money advocate, visualize and track government spending and international aid spending in rural communities. 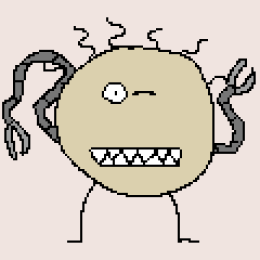 Over 300 children living with high lead level in their blood and needs urgent medical treatment We are highly shocked over...

Would The Youths Be Given The Opportunity to Run in Nigeria?

Would The Youths Be Given The Opportunity to Run in Nigeria?

A Public Debate with Citizens on Independent Candidacy and Age Reduction in Nigeria’s Constitution. The dilemma of...