Geared towards ensuring transparency and accountability during the forthcoming general elections, Connected Development [CODE] has launched a Real-Time (Web-Based Map) Situation Technology, Uzabe, that would observe and report the presidential and gubernatorial elections right as it is happening.

CODE has partnered with technology giant, Ushahidi, on using Uzabe as an Open Situation Awareness Room (OSAR) for gathering real-time security intelligence and observing the electoral process. With Uzabe mapping tool, CODE will establish early warning systems for communities and voters; and strengthen mitigation and emergency response during elections.

Riding on CODE’s participation in observing electoral processes since 2013 in Kenya, 2015 in Nigeria and 2016 in the USA, the Organisation seeks to, again, ensure peaceful electoral process, promote national reconciliation and improve quality of elections in Nigeria using Ushahidi technology tools.

The Chief Executive of CODE, Hamzat Lawal, expressed enthusiasm about the impact of Uzabe in promoting transparency and accountability in the 2019 General Elections observation. According to him, Uzabe will strengthen citizens’ participation and engagement in deciding a better future for our country. The technology platform helps the Nigerian citizens to give   situation and iWitness report from all polling units, across the 36 States, in real-time.

Lawal stated that “using Uzabe technology tool to observe election and report intelligence, is a way of protecting our democracy. Our intention is to provide real-time reports on security intelligence that would strengthen fair electoral processes, mitigation and emergency response during violence and establish early warning systems for vulnerable communities.”

CODE is a Non-Governmental Organization, whose mission is to improve access to information and empower local communities in Africa. Its Follow The Money initiative tracks government and international aid spending in rural communities to ensure and promote open government and service delivery. Since 2012, CODE has tracked an estimate of USD 1 million (in budgeted sums for projects) across 100 communities in over 25 Nigerian states, improving over 1 million rural lives. 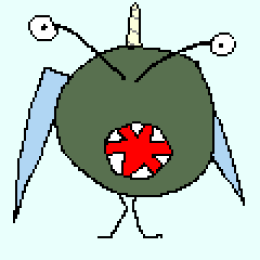