Greenhouse gas emissions constantly pose significant threats to flora and fauna,  economic development, as well as environmental sustainability. From shifting weather patterns, to rising sea levels that increase the risk of catastrophic flooding, intense drought, storms, heat waves, warming oceans,  rising sea levels and melting glaciers. We do not need soothsayers to tell us the effect of and unprecedented scale of climate change and global warming.

I remember having a conversation with a well-learned person on the dangers of leaving electric appliances on when not in use. He insisted he had no interest in matters of climate change because it was neither his concern nor did he believe in it. I thought that was sad. How can something so glaring and severe be easily shrugged off.

According to the NOAA 2019 Global Climate Summary, the combined land and ocean temperature has increased at an average rate of 0.07°C (0.13°F) per decade since 1880. This is alarming. In 2020, predictions of far warmer temperatures have been made, regardless of which carbon dioxide emissions pathway the world follows.

As one of the world’s most densely populated countries  with a population of over 200 million people, half of which are considered to be in obsequious poverty, Nigeria is known to be vulnerable to climate change. The sunny days are extremely hot while the rainy days are extremely wet.  The Nigerian agricultural sector depends largely on rain and fair weather–from crop production to livestock rearing to fisheries name it all. How then do we intend to survive when  the rainy season fluctuations and the weather temperature that tends to be unbearable for livestocks? Research shows that livestock mortality has increased drastically. These impacts are already being felt and will increase in magnitude if action is not taken. Despite increasing awareness on the effect and dangers of climate change, scores of people still claim ignorance. Many are ignorant of their adverse contribution they are making to increase climate change and are very much oblivious to the moral significance of mitigating climate change.

No one is asking you to restore beach vegetation to shade marine turtle nests in the Caribbean or Secure access to fresh water for elephants during periods of drought yet. Instead, we need to ask: “what can we do? What little efforts we can make towards mitigating the effect of climate change. Proper education on the subject matter is crucial at this point.

Healing the planet starts in your living room, kitchen and garages.  Limiting the use of fossil fuels such as oil, carbon and natural gas and replacing them with renewable and cleaner sources of energy. An attempt to switch  to a ‘green’ energy provider and change what you buy and eat, turning off electrical appliances when not in use; are important steps to reducing climate change. 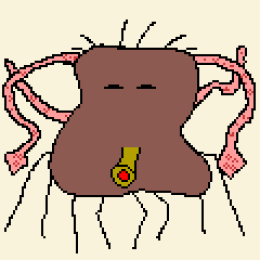 Volunteering with CODE: First Impressions Last!March 4, 2020
Women's Equality in Nigeria, is this even Possible?March 8, 2020