In Nigeria, The national and state assemblies consist  of 360 elected members of the House of Representatives, who represent the Nation’s 360 Federal Constituencies 109 Senators. (Three Senators per state and one from FCT) (Okon, 2004). Constituency projects were created to ensure a minimum presence of government in every constituency by having some grass-roots projects sited in each, during the budgeting process. Legislators thus identify projects which they wish to be cited in their constituencies for inclusion in the budget, with a financial ceiling for the budgetary provisions for such projects in each constituency.

According to Premium Times, at the federal level, N100 billion naira is budgeted annually for constituency projects and the annual N100 billion is always shared on an agreed 60:40 percent ratio by the two legislative chambers. The House of Representatives takes the bulk with N60 billion and the senate with N40 billion. By interpretation, the 360 members of the lower chamber have N60 billion to initiate, implement, or complete projects in their constituencies while the 109 members in the senate have N40 billion to do the same.

Most of these projects are earmarked to provide diverse solutions and support ranging from provision of healthcare services, educational interventions and learning facilities, construction, rehabilitation and renovation of school facilities, women and youth empowerment programs. Here’s the problem: the structural framework including the nomination, implementation and monitoring of this project are not in the public space. Most intriguing findings gathered from years of community work is the non-awareness and involvement of citizens/benefitting population at all levels of these projects, non-transparent selection criteria and beneficiaries of these projects and the lack of sustainable impact due to the different stages of discrepancies in the execution process.

Connected Development with support from John D. and Catherine T. MacArthur over the past four years has activated citizen-led monitoring interventions in Kaduna State. The first three years of the ON Nigeria project focused on tracking UBE funding in kaduna State through the activation of school monitoring teams who track projects across 20 communities worth 569 million Naira (USD 1.5 million) leading to a shift in Kaduna State education policy through the adoption of our project nomination and monitoring tools by the state government and an ultimate increase in school enrollment across focus schools and impacting an estimated 200,000 lives.

Due to the recorded impact, the foundation scaled our innovation to another 2 years focused on tracking Constituency projects across 3 senatorial districts (Southern, Central and Northern) in Kaduna State. We commenced the ‘Deepening Citizens Interest in Government’s Spendings and Addressing Accompanying Corrupt Practices Project Phase 2 (DeSPAAC 2.0 ) in Kaduna State, Under the On Nigeria 2.0 Joinbodi Cohort in December 2020. Specifically, This project is aimed at increasing citizens’ interests in government spendings and expenditures around constituency projects across the State through tracking and monitoring government projects in 18 communities across the three senatorial districts in the State namely; Kaduna North, Kaduna South and Kaduna Central. In the first year of this project phase, We adopted diverse designs and utilized different strategies ranging from conducting series of advocacy visit to stakeholders representing Kaduna State in the National and State House of Assemblies, activating community monitoring team who through our capacity building have activated 23 campaigns, hosted series of community outreaches and town hall meeting across the three senatorial zones in the State.

Representing my CEO, Hamzat Lawal, I led CODE’s team members across the 3 senatorial district for a state-wide town hall meeting aimed at strengthening the knowledge of over 176 participants and stakeholders including (traditional leaders, the district heads, religious leaders, Executive Secretary from the KADSUBEB, the School Based Management Committee (SBMC) Chairmen, the Ward Development Committee (WDC) Chairmen and secretaries, the representatives of various MDAs) on the project nomination and monitoring tool developed during the stakeholders retreat in Abuja, as well as the procedure for engaging state and national legislatures on constituency projects.

One interesting angle this story recorded was from the SBMC Chairman of Sabon Gari LGA, he stated that “it is clear that our representatives only come to us when they need our votes, and reject us when we need them”. All observations made pointed towards the need for social accountability. Hence, the importance of an efficient communication mechanism which citizens could use in communicating with their representatives.

In order to amplify government designed tools for reporting projects implementation in Kaduna State, the participants were guided through the process of downloading the Eyes and Ears App with which citizens can use in giving updates on any project being implemented within a 2km radius. Interesting to note that the representative of the Kaduna State Planning and Budget Commission (PBC), Tara Jeremiah, urged SBMCs and others to go to SUBEB or the Ministry of Education, through the office of the Project Unit to request for information in their bid for demanding accountability.

Town hall meetings are effective advocacy strategies that provide platforms for dialogue between the supply side of government and the citizens demand side. After our series of townhall meetings the following major outcome were harvested

The first year of The DeeSPAC campaign has ensured the implementation of projects in areas of Health, Education, Wash, and Environment in Kaduna State, providing citizens with the right approach and tools for engaging their lawmakers.

Specifically, CODE has strengthened the capacity of 118 Community Monitoring Teams (CMTs) and the legislators; jointly monitored project implementation across 23 projects in 30 communities reaching a population of over 791,000 people across the 3 senatorial zones of Kaduna state worth 1.2Billion Naira; enhanced the prosecutory capacity of the ICPC through bridging the gap between the anti-graft agent and the communities; increased community awareness on citizens’ engagement with government through the OGP; developed a constituency Project nomination/monitoring tools in collaboration with legislators and other critical stakeholders; as well as enhanced citizens’ engagement in constituency project implementation in the state through Follow The Money Radio Kaduna (on-going) and town hall meetings. Project implementation has been completed in 12 projects, ongoing in 5 and abandoned/ not started in the remaining 6.

In designing this project, we drafted activities that feed all value chains, spurring citizens to take actions through knowledge acquisition of constituency projects and stakeholders engagement strategy while redirecting the lawmakers to re-engineer their approach thereby adopting community driven approach in the nomination and implementation of project hitherto ensuring the needs of the people are well captured and prioritized.

Follow the link to the status of constituency project in Kaduna State. We urge more citizens, community based organizations and civil society campaigns to utilize this information in championing community action towards ensuring accountability and transparency in governance. 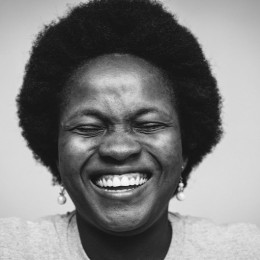